Movie producer Harvey weinstein it was accused of a new violation in a complaint filed in a Manhattan court, in which the alleged victim claims he abused her during a presidential debate in the year 2000.

The woman, who wanted to remain anonymous in the lawsuit, claims she met Weinstein for the first time at 19 years while participating in the Cannes Film Festival in 1984, where her then boyfriend introduced her to the producer.

A native of Pennsylvania and now 55 years old, the complainant claims that Weinstein initially showed no interest in her, apparently out of respect for his partner, but that starting in 1992, when he learned she was single, the defendant began to take an interest in her career professional, something that quickly became “unwanted sexual advances”.

The complainant claims that she met with Weinstein on three occasions, in which he exhibited sexual misconduct, culminating in a rape in their last encounter, court documents filed with the Manhattan Supreme Court say.

The first event occurred after Weinstein sold his production company to Disney in 1993, when he invited the alleged victim to have a drink in the room at the Peninsula Beverly Hills hotel before dinner. “to celebrate his newfound fame and fortune”, according to the complaint.

At one point, Weinstein excused himself and when he returned “he was only wearing a gown and exposed his genitals to the complainant before she could say anything,” the text details.

Another similar event took place in 1994 in New York, the woman alleges, and years later, after having reestablished contact because of Weinstein’s “good behavior,” he convinced her to watch a presidential debate in 2000 at his New York residence.

At one point, Weinstein “forced her to lie on the bed, took off her underwear and raped her,” adds the document filed in court.

Since the alleged rape, the victim alleges that she has suffered “severe emotional stress” and her career “was ruined.”

For his part, Weinstein’s lawyer Imran Ansari has assured that his client will defend himself from these accusations filed against him, and that it is possible that some of them will not be admitted for processing because they have prescribed, the local New York Post said.

Weinstein has been accused of sexual misconduct by more than 90 women, and is currently serving a 23-year prison sentence after a trial in New York, although he also faces sexual assault charges in Los Angeles.

Less than a week ago, the Los Angeles County Attorney accused him of three alleged rapes, which are added to the numerous charges for sexual assault that the producer was already facing in the Californian city. 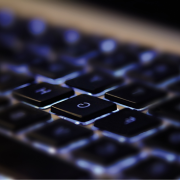 Have Lester and Marta Peñate broken up?

The hard blow that Leticia Sabater has received: the presenter is at her worst